For the purpose of responding to calls for service, the City of Bay City has been divided into 5 geographical areas called districts. Districts are divided by the Saginaw River into east and west sides.

The east side includes districts 1 and 2. District 1 (green) is the northeast side of Bay City from Woodside Avenue to Columbus Avenue. It incorporates downtown and Center Avenue all the way to Essexville. District 2 (pink) is east of the river from Columbus Avenue to McGraw. This includes Central High School, Bay Regional Medical Center and James Clements Airport. 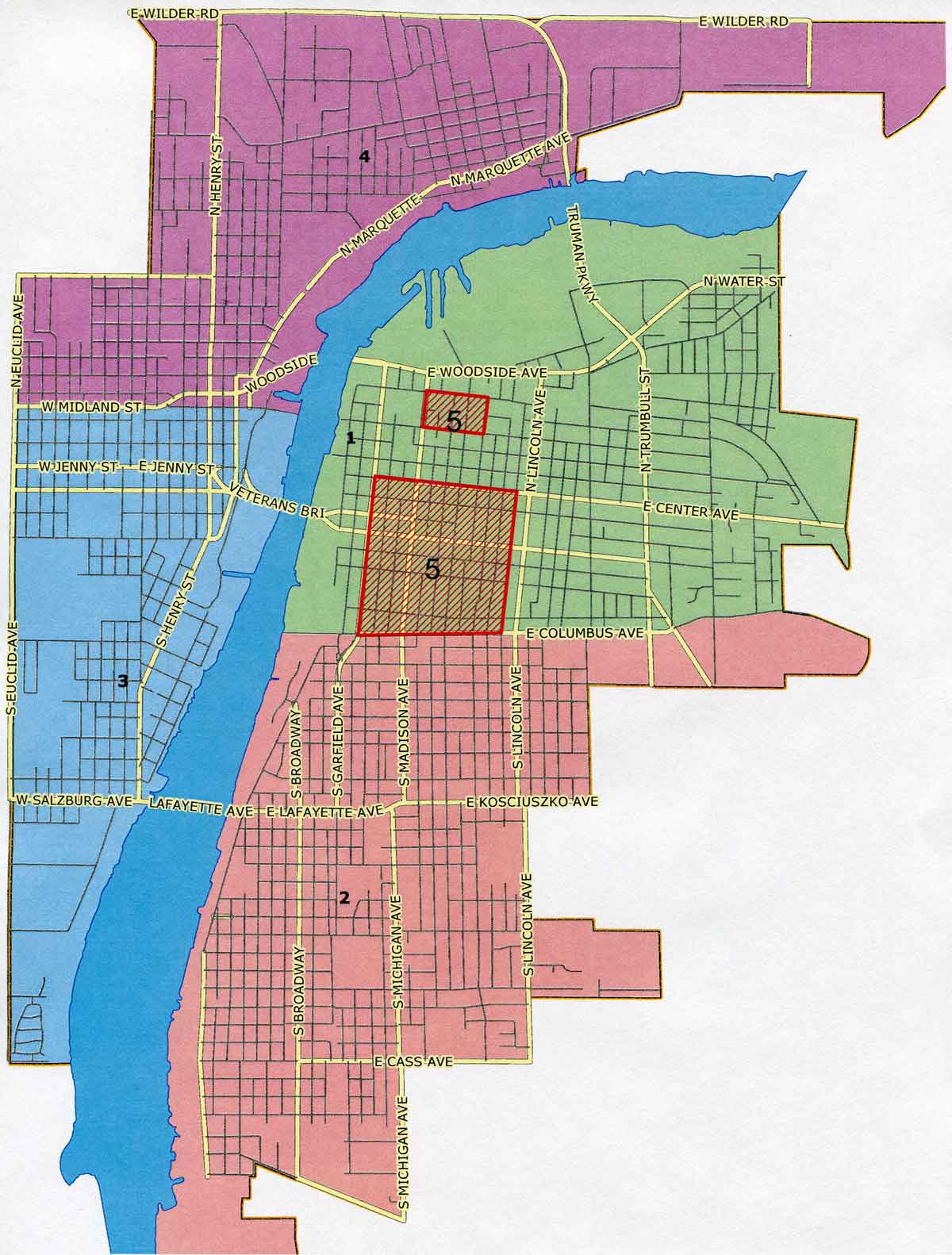